This is a follow-up article to my original article (here) on this topic 18 years ago (2002). I wanted to share fresh insights and language based on my understanding today (2020).

We’ve all watched debates between believers and atheists on the topic of God’s existence. One side makes an argument, discusses evidence (or the lack thereof), and presents a challenge to the other. Like a tennis match, they go back and forth presenting information in an effort to prove the validity of their case or the lack of credibility of their opponent’s.

This brings us to the underlying question of whether it is possible to prove God’s existence or not. I propose the answer is no, and yes, depending upon one key factor. More on that in just a moment.

The primary question before us whether God wants His existence to be provable. The answer should be evident in the very fact that we are considering this question. Let’s face it, if God wanted His existence to be certain, there would be no doubt or question to be asked. This question has relevance because God does hide His manifest presence. Why does He do this? Or, to state the question in the language of an atheist, if God exists why would He hide Himself from us?

Scripture reveals that God created the angelic order in His heavenly presence, where this question would be absurd. But with mankind, God created us in an alternate reality because our purpose could only be fulfilled where His existence is hidden. Yet, what purpose would require God to hide His existence from us? When you put all the pieces and parts of scripture together, it is clear that God wants to invite humanity to know Him in a much more intimate way than the angelic order could. Whereas the angels worship God from afar, God wanted a second order of creation to know Him more like a bride knows her husband. This purpose changed everything. 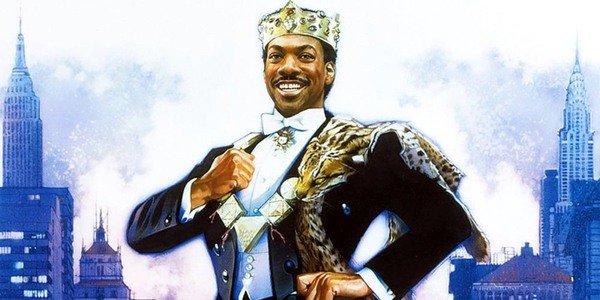 One of the best illustrations I have seen of this concept comes, oddly enough, from an Eddie Murphy movie called Coming to America. I have difficulty recommending this movie because it contains nudity, but a televised version solves this problem. In it, Mr. Murphy plays a wealthy powerful king from an African nation who desires a wife who will choose him and love him not for his position and resources, but for who he is as a person. So, he leaves behind his status and comes to America where he gets a job as a janitor at a fast-food restaurant. Spoiler alert, in the end, he wins the heart of a woman who chooses despite having not knowing his position and status.

For God to invite creation into an intimate relationship like that experienced between a husband and wife, He needed to give weight to our choice. He didn’t want to force Himself upon us, and if we saw how powerful, beautiful, wealthy, and awesome He truly is, that would forever alter our ability to choose Him simply because that is the kind of relationship we want with Him. So, He hides His presence and even His existence so that our choice is set within the context of uncoerced free will.

He created a perfect balance between us having enough information to choose Him or to deny His existence in rejection. God reveals just enough information to believe and He hides just enough evidence to make doubting a legitimate option (Proverbs 25:2). It is this perfect balance that leaves both parties of a debate leaving feeling justified in their position. No matter how many times these debates are repeated and no matter how much information is presented, God remains hidden from certainty and both perspectives are legitimized. God gives the atheist plenty of information to be justified in their opinions and decisions. He does the same for those of us who choose to believe.

Then, in the midst of this perfect God-provability vacuum, He woos us silently Spirit to spirit. We can witness the works of His hands through nature and choose to believe or not (Psalm 19:1-6, Amos 4:13, Acts 14:15-17, Romans 1:18-21). We can study the beautiful elegance of mathematics and see His wisdom and reach out to Him or not. We can see His staggering brilliance through quantum mechanics, quantum electrodynamics (QED), and quantum field theory (QFT) and stand in awe of Him. Or, we can choose to see the cold hard numbers driving the physics of our reality and choose to disbelieve in a higher power. God has strategically balanced the scale with plenty of evidence to make either informed choice.

For those of us who realize that God stepped down from heaven and put on human flesh in order to close the gap between Himself and us, our hearts awaken to Him. When we see the humility and compassion of Jesus as He loved every person He encountered and hugged the lepers, we see His true character and we are moved to believe. When we realize that at the Last Supper, Jesus took bread and wine and made a traditional Jewish marriage proposal to His disciples, we see the fulfillment of God’s purposes for creating humanity in an alternate reality, where we have the freedom to believe or not. When we see that Jesus paid the full price of our sin so that we can be restored back to a healthy relationship with God and say yes to His invitation, we see a wide-open door from a God who was willing to step into the lowly shoes of His creation so that He could invite us into an eternal relationship founded upon trust and intimacy.

The key that I mentioned at the beginning of this article is faith (Hebrews 11:6, Proverbs 3:5-6, Ephesians 2:8-10). God does not give us enough information to force us to believe. By His design, it requires a step of faith. When we sit back on the outside of faith looking in, faith looks like an empty container that carries no substance. But, once we choose to believe, everything changes. Once we have said yes to His invitation, our eyes are opened and we see that faith is not only full but it pouring out over the edges with life. Once we believe, God begins the journey of revealing Himself to us more fully.

I, for one, can say that without a doubt, God has proven His existence to me a million times over since I first believed. Doubt has long left my thought processes. I have experienced Him countless times in prayer, devotion, worship, dreams, and thoughts. I know His silent voice that clearly speaks to my spirit. I trust His existence and goodness more than I do the physics that holds the universe together.

Faith is the key that unlocks the doorway for God to reveal Himself to you.

Additional Resources I Recommend and Hand-picked on this Topic

To give you the best user experience possible, I have not used any form of advertising (or accepted any form of a donation) since I started this work in 1994. If you wish to support my ongoing work of developing free spiritual life resources, consider purchasing one of the products listed below that I hand-selected on this topic to help you grow deeper in your journey with Christ. You will not be charged anything above the normal Amazon price, but I will receive a small fee for all Amazon purchases made using the affiliate links below. Thanks so much for making possible this work I so thoroughly enjoy of creating resources to help mature people into the fullness of the image and likeness of Jesus!

Giving Up the Right to be Right